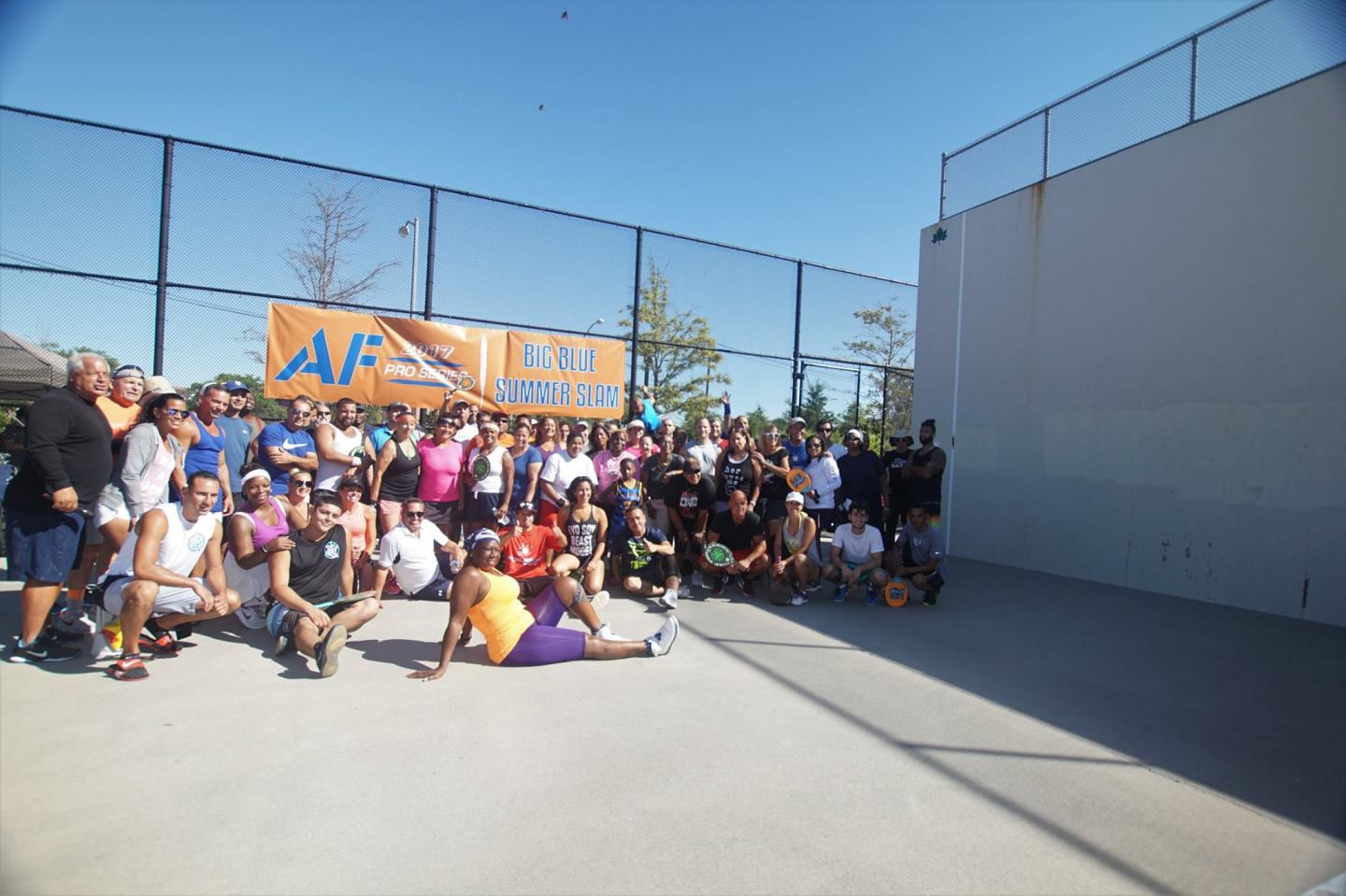 In only ONE WEEK  the greatest spectacle in outdoor wall sports will take place, and Big Blue Paddleball will take it’s rightful place among those sports! On September 20th, over 650 players from all over the world are expected to convene on the courts across the street from the Stratosphere Casino Hotel & Tower for the 3WALLBALL WORLD CHAMPIONSHIPS.

It has been an incredible year for paddleball as participation on both the men’s and women’s side has exploded. Successful tournaments have been held in Florida and throughout New York City. 2017 has become the year of the rebirth of paddleball. Many of our sports greatest players have returned with a reignited passion. An infusion of young players like Brian Romero, Ryan Lopez, Damien Garcia, Paul Angel, Danny Fraschilla, Michael Bergida, and the world’s #1 ranked handball player Timbo Gonzalez  have put the veterans on notice on the men’s side. On the women’s side, HolySmokes, players like the 2017 AF Big Blue Summer Slam Champions Erika Tinalli and Karen Elizabeth, Meagan Flash,  and new comers from the handball community Melissa Sky and Suly Ruiz have made the Ladies division incredibly exciting.

Men’s, Women’s and Mixed Doubles (Pro and B Divisions) will be featured for the first time this year. One Wall Paddleball legends such as Robert Sostre, Mike Melendez, Bob Fiorentino, Susan Stephen, Kathy Guinan, Anita Maldonado and many others will battle against a host of established players that are sure to make the competition fierce. The Pro Division will be vying for over $7000 dollars in prize money serving as motivation to make their game even more devastating.

Do not miss this defining event of the 2017 Paddleball Year!! It will be an experience you will remember for years to come. If you are still undecided, just ask anyone who came last year about their experience in Vegas, I’m sure we will see you there!

If you have never played One Wall Paddleball we encourage you to give it a try. We have paddles to lend. You will fall in love with the game like the rest of us have. We welcome all players from all sports, no matter the skill level to come join us. Everyone is invited!!

I am looking forward to a great event with outstanding players and introducing new participants to our One Wall community.